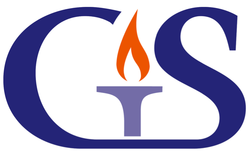 The Governor's School of North Carolina is a 5 1/2-week summer residential program for intellectually gifted high school students, integrating academic disciplines, the arts, and unique courses on each of two campuses. The curriculum focuses on the exploration of the most recent ideas and concepts in each discipline, and does not involve credit, tests, or grades.

The Governor's School is the oldest statewide summer residential program for academically or intellectually gifted high school students in the nation. The program, which is open to rising seniors only, with exceptions made for rising juniors in selected performing/visual arts areas, is located on two campuses of up to 400 students each: Governor's School West at High Point University in High Point (GSW was at Salem College from 1963-2018), and Governor's School East at Meredith College in Raleigh (GSE was at Laurinburg College from 1978-1999).

Started with philanthropic grants, the program was for over 40 summers wholly funded by the General Assembly of North Carolina. State aid was terminated in the spring of 2011, throwing its survival into doubt. However, fundraising efforts by the non-profit NC Governor's School Foundation saved the program from extinction. After a scaled-back version of GS was funded entirely by private donors (mostly alumni of the program) in 2012, the NC General Assembly restored partial funding for 2013 and beyond.

The program is administered by the NC Department of Public Instruction through the Exceptional Children Division. A Board of Governors, appointed by the State Board of Education, acts as an advisory body.

AREA II
Study that explores connections between and among the Area I disciplines. As integrative concepts emerge, the class attempts to construct an understanding of contemporary ways of thinking and of the culture that arises from them.

AREA III
Study that grounds the learning from Areas I and II in student's own personal experience, and applies that understanding to their social worlds; that is, they try to discover links between ideas and actions, theory and practice.

Faculty and staff are drawn from bright, dedicated teachers and professionals across the country, from public and private schools, colleges and universities, and independent artists and scholars. Most faculty members are in residence on campus and with the teaching assistants/counselors and students form a true community of learners.